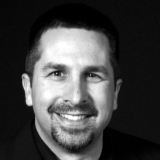 Dan Bryan teaches music for the Stanislaus Union School District. Prior to this
appointment, he held positions at Los Banos High School, Grace M. Davis High School,
and Joseph A. Gregori High School, where he founded the music department in 2010.
Additionally, he works with CSU Stanislaus as a student teacher supervisor in the
Teacher Education Department. He acts as an adjudicator throughout the United
States, and has served as judge for Drum Corps International. Currently, he serves on
the design staffs for Genesis (TX), Raiders (NJ), and Arsenal (NM) Drum and Bugle
Corps.

He is an eight-time Winter Guard International World Championship Medal winner (and
seven-time WGI Finalist) as an instructor/composer; additionally, he is published
internationally through Key Poulan Music and GPG Publications. His music has been
performed throughout the United States, Europe, and Asia, as well as the 2008 Beijing
Olympics. Some of his recent projects include the CSU, Fresno Bulldog Marching Band,
Nor Cal Indoor (2017 WGI World Championship Percussion Finalist), and Clovis North
HS Marching Band (2017 Midwest Clinic performer).

He is a graduate of Modesto Junior College and CSU Fresno, and holds his Master’s
Degree in Band Conducting from Sam Hoston State University. He has served on the
boards of the California Band Directors Association, Stanislaus County Music Educators
Association, and the Central Valley Guard and Percussion Circuit. He is in demand as a
clinician and guest conductor throughout California, and has presented at the
California All State Music Educators Conference, Southern California Band and
Orchestra Association, and Cazadero Music Camp (Conductor).

Dan is co-owner (with his wife, Lindsay) of Pitopia Percussion, is a teacher/endorser
for Innovative Percussion, and is the proud father of his favorite little tornado, Kate.